Things are looking beautiful all frozen and snowy here again- 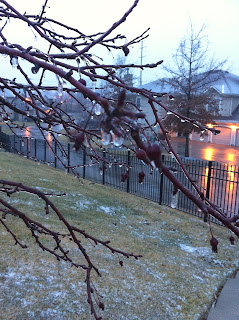 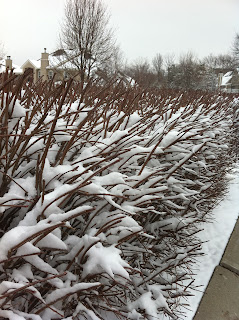 I don't think I could make it through all of this snow and cold weather though without my trusty boots. 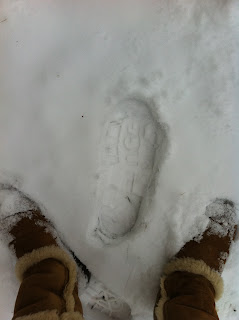 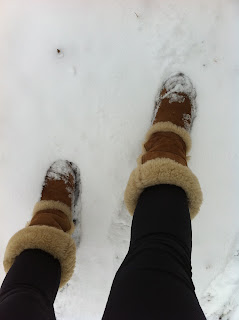 These are pretty much all I've worn since December and they have been good to me.

I am looking forward to getting back into my flip flops but still grateful for my super warm boots.
Posted by Unknown at 2/26/2011 0 comments

Hotel on the Corner of Bitter and Sweet, By Jamie Ford- A Book Review 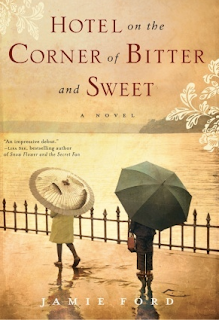 Hotel on the Corner of Bitter and Sweet

I loved this truly heart warming novel about two kids forbidden to be friends because of their ancestry differences.

Henry's parents are Chinese and Keiko is second generation Japanese. Both kids are American citizens though. The hatred towards people of Japanese ancestry during WWII made it difficult for Henry and Keiko to be friends and many people, Henry's father especially, tried to stand between them.

When Keiko and her family are sent to the Japanese internment camp Henry makes a promise to wait for his friend no matter how long the war lasted.

This story reminds us all of the irrational behaviors that war can cause. Innocent American Citizens of Japanese ancestry were wrongly sent to prison camps for years during the war. It also reminds us how damaging racism is and how alive it was not so long ago.

This novel is a great story about love, devotion, and living life. You will be glad you read this one!
Posted by Unknown at 2/25/2011 0 comments

On Folly Beach, By Karen White- A Book Review 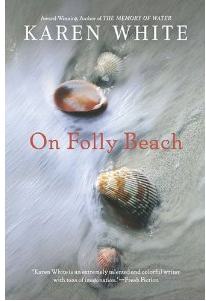 What a great novel! On Folly Beach has everything- a great story line, mystery, scandal, romance, and you learn a piece of little know history.

Emmy, a young woman who's husband is killed in Afghanistan, moves to Folly Beach, South Carolina to start her life over after she realizes that the life she had planned wasn't going to happen, and a little encouragement from her mother.

It is hard for Emmy to let her husband go after his death. Each day is a struggle but one thing gives her a reason to keep going, a mystery from WWII. Emmy discovers love letters written in the margins of some recently purchased books.

The family that Emmy got the books from are locals of Folly Beach and have been around for generations. The family never noticed the mysterious love letters in the books and Emmy was eager to solicit their help in figuring out what it all meant hoping that with their help, she will be able to put the pieces of a long forgotten past back together.

One person knows the whole story; Lulu, and she has worked her whole life to make sure the secret never gets out. Lulu is in her 70's and was only 9 years old when the intriguing but forgotten mystery was unfolding. Lulu was able to keep buried secrets about her sister Maggie, her cousin Cat, and their love interests for 60 years with few questions from the family. Emmy, an outsider, is asking more questions than Lulu really appreciates.

Since the weather here is hovering around 10 degrees this week, reading and staying warm have been my activity of choice! This week I read Remarkable Creatures

and really enjoyed it. 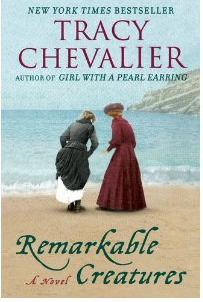 This story takes place in Lyme, on the English coast in the early 1800's. Three spinster sisters are sent to live in a cottage by the ocean by their family and each sister takes up her own hobby. The story mainly focuses on Elizabeth who takes on fossil hunting and collecting. Elizabeth meets a strange girl, Mary, who is famous in Lyme for being struck by lightening as a baby and surviving.

Mary and Elizabeth develop a bond over their love for fossils. Eventually their similar interests drive them apart due to jealousy, class issues and men.

This book brings up issues early fossil hunters faced. People started to question how old the world really was, why there were dead creatures in the ground that no longer walked the earth as far as they knew and how God was related to all of their questions. Had God wiped out these mysterious monsters in Noah's flood? If he created them then why did he destroy them?

covers a very unique and interesting topic through the lens of a novel. I recommend this book!
Posted by Unknown at 2/10/2011 0 comments 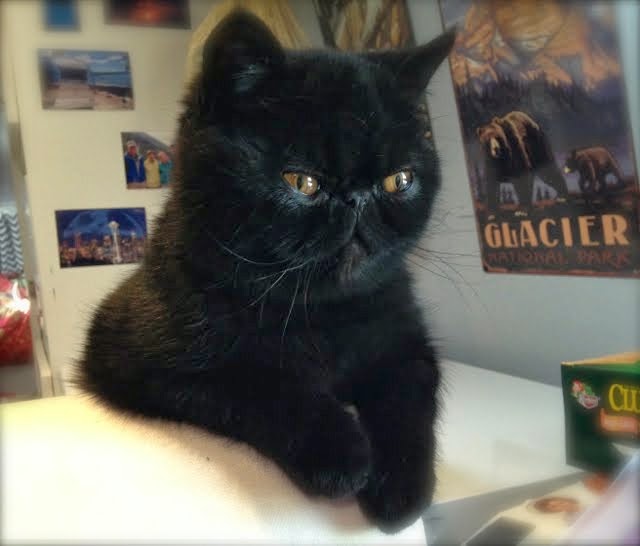